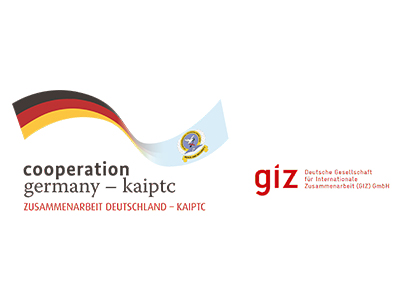 Accra, Ghana: War and violent conflict destroy so much more than infrastructure, livelihoods and human security. War and violent conflict reach deep into the fibre of society, destroying link after link of its fragile chain until that chain is weakened and only threads remain. Peace Support Operations (PSO) and Humanitarian Assistance (HA) Personnel participating in peacekeeping missions in conflict-affected countries around the world, are often at the forefront of the horrors of war. However, new research shows that insufficient attention is being paid to the psychological and psycho-social impact of violent conflict on PSO and HA personnel in Africa.

A recent baseline study jointly undertaken by the Kofi Annan International Peacekeeping Training Centre (KAIPTC) and the GIZ Support Programme to the KAIPTC, contains important new evidence on the need for Mental Health and Psychosocial Support (MHPSS) training for PSO and HA personnel. PSO and HA personnel who were interviewed for the study, spoke at length about the stressors faced before, during and after deployment. Asked whether they had experienced psychological problems as a result of the work that they do, more than half of respondents said they had; citing anxiety, feeling powerless and not enjoying things they used to enjoy. Deployment-related stress originates from a multitude of sources. These include leaving behind friends and family to the uncertainty of the new environment and it’s often hostile climatic and political context and the challenges related to being confined to a space with the same people for extended periods of time.

The report, authored by Friederike Bubenzer also reveals that there are at present no publicly available guidelines or regulations for ECOWAS or African Union peacekeeping missions on matters such as staff care, psychosocial support for deployed personnel or indeed how MHPSS challenges impact on post-conflict reconstruction efforts. Similarly, international peacekeeping training institutions in Africa showed no references to training courses on MHPSS for PSO personnel.

The study shows the immense opportunities for KAIPTC to become a leading player in advocating for MHPSS to be more centrally positioned within Africa’s peace and security architecture. Research participants overwhelmingly expressed interest in an MHPSS training. Consequently, the Deutsche Gesellschaft für Internationale Zusammenarbeit (GIZ) GmbH and KAIPTC will now embark on a consultative process to develop a uniquely tailored training curriculum, and the first MHPSS in PSOs training course is to be piloted in November, 2020.

The Kofi Annan International Peacekeeping Training Centre (KAIPTC) was established to build upon and share Ghana’s internationally acclaimed experience and competence in peace operations with other states in the ECOWAS region and the rest of Africa. The Centre delivers training courses in three thematic areas; Peace Support Operations, Conflict Management and Peace and Security Studies and also offers Master’s and PhD programmes in same. The KAIPTC has a world-class research department that undertakes research in the thematic areas in Peace and Security. The Centre has established a Women, Peace and Security Institute (WPSI) that works to build African capacity to fully implement the Maputo Protocol, and support the implementation of the UNSCR 1325 and its resolutions on women, peace and security in the context of Africa. Please visit www.kaiptc.org for more information about KAIPTC; follow us on Facebook and twitter @Kaiptcgh, or Instagram @Kaiptc.