August 2021: A five-day training programme to pilot a Course on Gender Mainstreaming in African Union (AU) Peace Support Operations (PSO) has ended at the Kofi Annan International Peacekeeping Centre (KAIPTC) in Accra. With the issues of gender increasingly taking centre stage as women gain footing in peacekeeping operations around the world, the course is meant to test the relevance and appropriateness of the modules in addressing gender issues in PSOs.

Organised by the African Union Commission with the support of the KAIPTC and the British Peace Support Team – Africa (BPST-A), it attracted civilians, military and police personnel who are preparing for deployment or have been deployed in AU mandated and/or authorised PSOs.

With the KAIPTC having a reputation for world-class education aimed at breaking the barriers of gender disparities, the Deputy Commandant of the KAIPTC, Air Commodore George Kweku Arko-Dadzie, expressed appreciation to the AU for opting for the centre;“As a Training Centre of Excellence (TCE), we are happy that the AUC selected KAIPTC to conduct the pilot course in order to determine if the harmonized curriculum adequately responds to issues of gender in PSO.”

The AU has committed itself to implementing the Women, Peace and Security (WPS) agenda into its peace and security structures and processes. That the Deputy Commandant said was “apparent in the integration of United Nations Security Council Resolution (UNSCR) 1325 into the AU’s gender related frameworks, the appointment of a Special Envoy on Women, Peace and Security and pronouncements by the organization in this regard and in its policies and practices.”

In a bid to advance the implementation of the WPS agenda, the AU developed the “Gender Training Manual for AU Peace Support Operations” in 2013. The purpose of the manual was to ensure that African Standby Force (ASF) would be able to identify and mainstream gender into all aspects of their operations.

Between 2013 and 2017 the AUC developed two different training packages on gender to provide African Standby Force (ASF) personnel with the knowledge, skills and attitudes to respond effectively to gender issues in Peace Support Operations (PSOs). The first package was developed with the support of the UNDP and UN Women in 2013 while the second package was developed with support from the Institute for Security Studies through the Training for Peace (TfP) Programme in 2017.

With the support of United Nations Office of the African Union (UNOAU), the Institute for Security Studies (ISS), KAIPTC and the British Peace Support Team – Africa (BPST-A), the African Union Capability Development Unit began a process of reviewing and harmonizing both documents into one training package that comprehensively addresses issues of mainstreaming gender in AUPSOs.

Ever since the United Nations Security Council adopted Resolution (UNSCR) 1325 in October 2000 to address the issues of women, peace and security, the clock of progress has been ticking albeit not as fast as experts would have wished. But there has been progress.

The African Union (AU) through the establishment of normative instruments, such as the Maputo Protocol (2003) enjoins member states to address the concerns of women especially in conflict situations and also engage women in peace processes.

Furthermore, the establishment of the AU Directorate of Women, Gender and Development in 2000, the appointment of the AU Special Envoy on Women, Peace and Security in 2014 and the creation of the Network of African Women in Conflict Prevention and Mediation (FemWise) in 2017, point to progressive efforts at achieving gender inclusiveness on the continent.

But that is not all.

The adoption of the African Union Strategy on Gender Equality and Women’s Empowerment (GEWE) 2018-2028 is based on an inclusive and multi-sectoral approach and builds on the lessons learned from the implementation of the AU Gender Policy (2009). To further advance the WPS agenda, the AU, developed the “Gender Training Manual for AU Peace Support Operations” in 2013. The purpose of the manual was to ensure that African Standby Force (ASF) would be able to identify and mainstream gender into all aspects of PSO.

In 2020 the AUC, with the support of its partners, began a process of reviewing and harmonizing both documents into one training package that comprehensively addresses issues of gender and the WPS agenda in AU Peace Support Operations (PSOs). 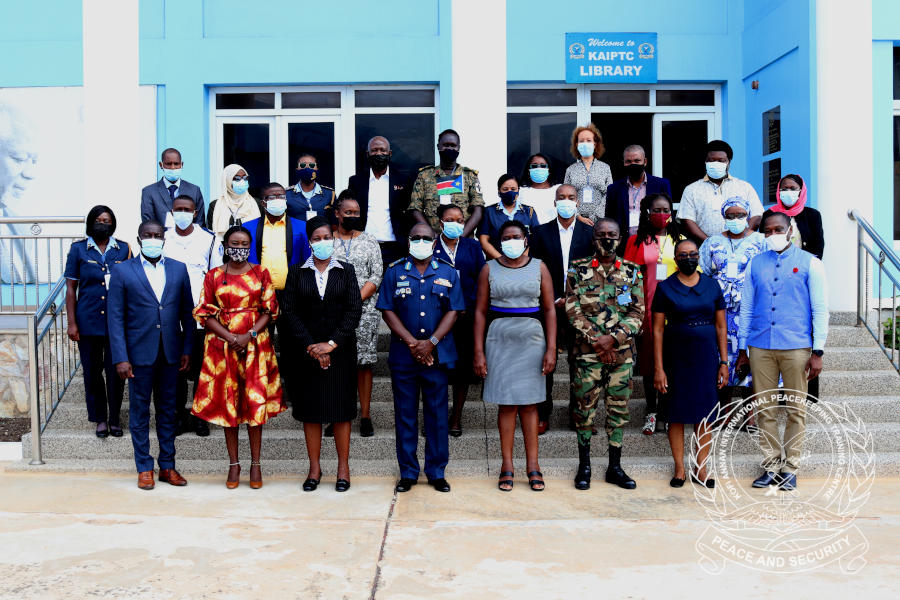