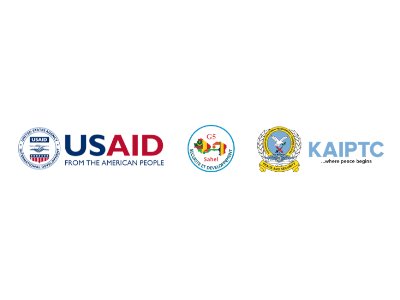 Governments across Africa need to train their security services to respond adequately and in a manner that makes women feel safe and less vulnerable, the Director of the Centre for Democracy and Development, (CDD), Nigeria, Ms. Idayat Hassan, has advised.

“Our armed forces and police should make commitments to cease violations and implement clearly defined action plans that hold personnel accountable for violations,” as concerns grow over unaddressed impunity against the civilian population.

This was a major highlight of the keynote address of the head of the Nigerian civil society organisation when women, peace and security experts and other stakeholders met at the Kofi Annan International Peacekeeping Centre (KAIPTC) on July 7. It was on the theme “theme “Our stories, lessons and marching forward”.

Top on the agenda of the one-day conference was to create a platform to exchange and share knowledge on progress made in the implementation of the Women Peace and Security( WPS) Agenda within the West African region and the Sahel region in particular.

The event which hosted participants virtually and on-site was a collaboration between KAIPTC, United States Agency for International Development (USAID) through its Partnership for Peace (P4P) Project and the G5 Sahel Secretariat.

While women remain vulnerable to sexual-based violence, access to justice continues to be a mirage. That, Ms Hassan noted, needs to change as she rallied energy to address the impunity.

“Efforts should be made to address the attitude of impunity that goes with sexual based violence in times of conflict. Sadly, not enough of these cases of sexual violence are getting access to justice, which leaves affected victims with a sense of hopelessness that has pushed some into embracing extremism,” she said.

In a speech that touched on the numerous destructive armed conflicts and civil wars that had rocked 14 out of the 16 countries in West Africa, from colonization till today, she observed that “just like not all conflicts are the same, the experiences of women in war or armed conflict are not homogenous.”

She did not leave children out of the anguish of conflicts.

“The impact of armed conflict on children goes hand-in-hand with the impact on women. This is because women are the primary child caregivers and most times, responsible for the physical and psychosocial development of children. Certain traditional practices and social norms underlining their inequality in the society have contributed to these adverse effects by armed conflict,” she stated.

However, all has not been doom and gloom, Ms Hassan noted, as she enumerated some of the achievements of United Nations Security Council Resolution (UNSCR) 1325 which was adopted in October 2000 to address the issues of women, peace and security.

Marking the scripts of progress over the last two decades, she said the resolution and subsequent ones had open the doors for achievements including women taking on leadership roles and meaningful participation of women; defining the place of women and girls in conflict resolution and keeping the peace; interrogating the impact of sexual violence in conflicts; creating instruments to ensure implementation and forge strong collaborations with civil society organizations.

Turning to efforts in the West Africa sub-region, Ms Hassan said the resolutions had also been followed by the creation of National Action Plans (NAP).

Thirteen out of the 17 countries have developed NAPs in the sub-region, with Nigeria, Ghana, Mali and Liberia even having second and third generation action plans.

Those action plans notwithstanding, Ms Hassan believed that challenges including deepening Inequalities, sexual violence in conflict, child Marriage, political underrepresentation, proliferations of armed conflicts, COVID-19, and the exclusion of women in peacebuilding efforts continue to under undermined  women empowerment.

US Ambassador to Ghana

With West Africa still battling with conflicts as countries in the Sahel confront extremism, the US Ambassador to Ghana, H.E Stephanie S. Sullivan, called for the inclusion of women in the frontlines of peace building.

“Considering the UN Resolution 1325, we are met with the idea that due to the dynamic trend of violent extremism in the region, it is important that all people at all levels including women are included in the efforts at preventing or countering violent extremism.”

She expressed appreciation to the G5 Sahel Executive Secretariat for the partnership that USAID P4P had enjoyed. 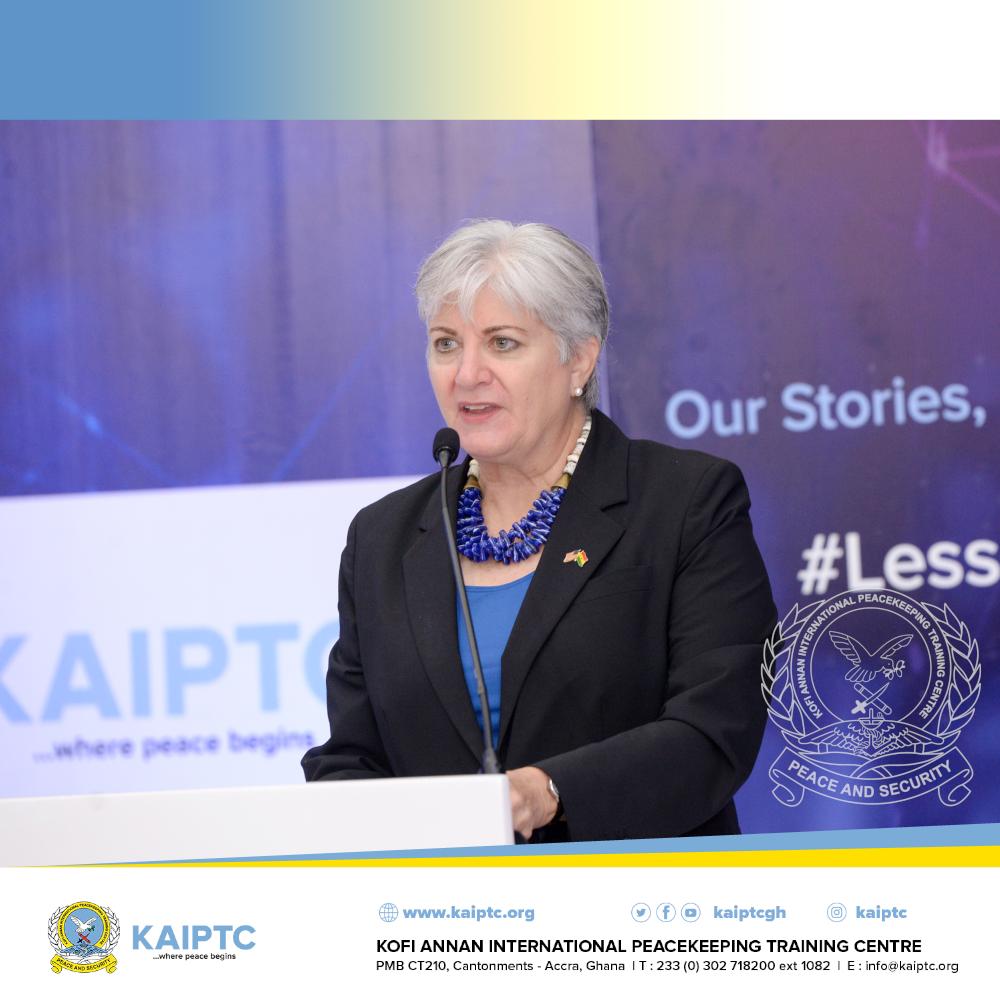 The Commandant of the KAIPTC shared in the sentiment of the US Ambassador, noting that “in the current context of jihadism and violent extremism in the West African sub-region and the Sahel, there is concern that programmes have not incorporated gender into Countering Violent Extremism programs.”

“The argument is that when Preventing/Countering Violent Extremism (P/CVE) experts are starting a programme or see a security challenge, the first to be contacted are the women. But when the program has taken shape, the women are no longer important.  They serve in their roles as mothers and in securitized roles like gathering intelligence from the community, he explained.

Responding to these concerns, the Executive Secretary of G5 Sahel, Mr Maman Sidikou Sambo, said the organisation was shifting focus to diversity and inclusiveness as panacea for the multifaceted challenges, particularly violent extremism.

On achievements, he listed the programme for the integration of uniformed women, the capacity building for staff on gender issues, the discussion forums between defence forces and women’s organisations, the important advocacy for the effective implementation of the women, peace and security agenda, as well as the creation of the G5 Sahel women’s platform.

The African Union (AU) through the establishment of normative instruments, such as the Maputo Protocol (2003) enjoins member states to address the concerns of women especially in conflict situations and also engage women in peace processes.

Furthermore, the establishment of the AU Directorate of Women, Gender and Development in 2000, the appointment of the AU Special Envoy on Women, Peace and Security in 2014 and the creation of the Network of African Women in Conflict Prevention and Mediation (FemWise) in 2017, point to progressive efforts at achieving gender inclusiveness on the continent.

But experts believe that much as women may be victims of these terror acts, they have also actively participated in recruiting, fighting, performing suicide bombings, and producing the next generation of jihadists in cases of violent extremism.

It is these ills that engaged the attention of the participants as the seek solutions to what is considered the UN’s greatest pact on women. 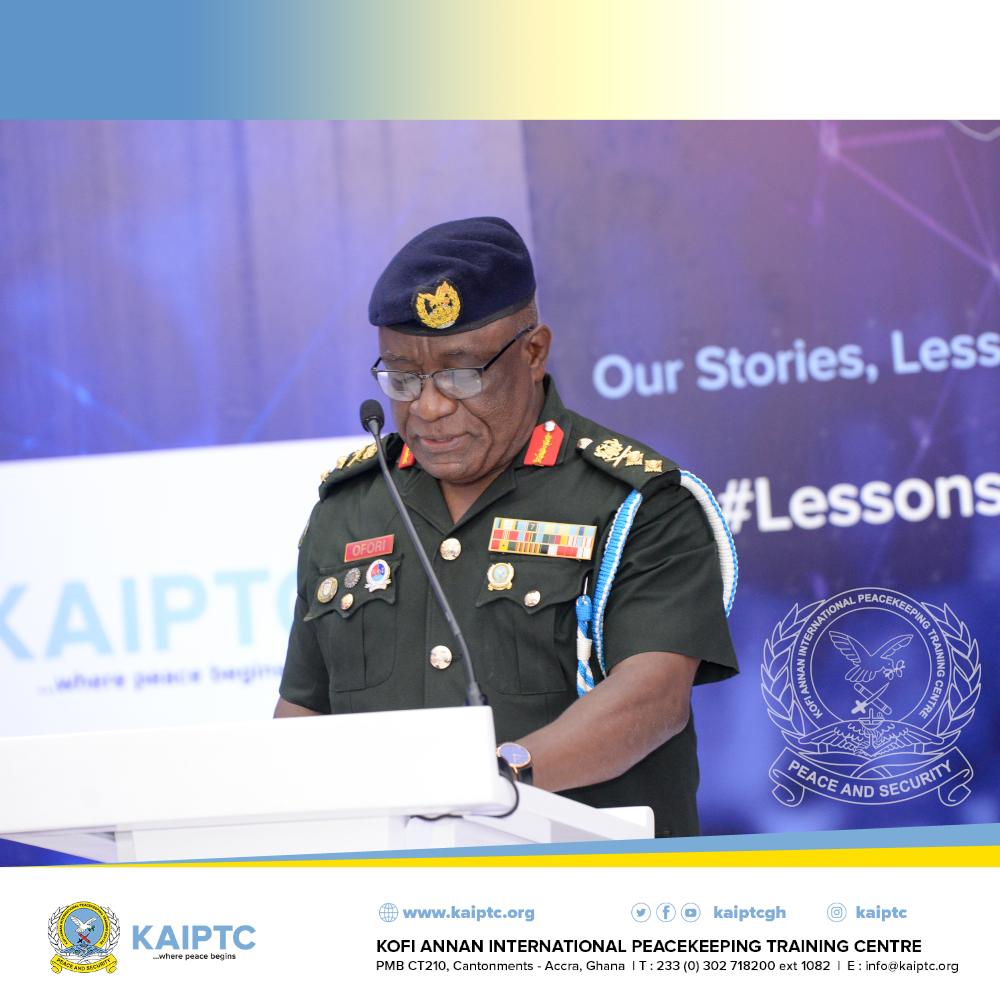 The day was not just about speeches; during a panel discussion moderated by Dr. Anna Naa Adochoo Mensah, it became apparent that knowledge generation on women and violent extremism is very crucial in the women, peace and security agenda in the West African sub-region.

The panel, among others, comprising two researchers, Dr. Fiifi Edu-Afful and Jeannine Ella Abatan, shared that there was a shift in the world of violent extremists as women were not just victims. Women who would ordinarily coil with fear in the past are performing several roles to fuel terrorism, radicalization and violent extremism, the panelist said.

The revelation is a product of research they have conducted into extremism in the sub-region, indicating the need for a paradigm shift from the rhetoric that women are always victims of violent extremism, terrorism and radicalisation.

The panelists observed that the nature of women to be supportive, submissive and versatile made it easy for them to also become instruments of destruction.

However, the panelists offered antidotes.

Among other things, they recommended that women should be continuously sensitised and encouraged to participate in politics and gender sensitive roles. They should also be encouraged to spearhead peace and security issues pertaining to women since they experience their impact.

That is not all.

They urged governments to  commit to budgetary allocations for women, peace and security; persevere in the pursuit of the WPS agenda since there will always be challenges; and also involve community leaders, youth groups and women groups in the fight against kidnapping of women.

While women continue to bear the brunt of violent extremism and conflicts, the panelist believe it was time empower the sub-region’s female population to push back the dangerous tides to make West Africa and the Sahel region safer and prosperous. 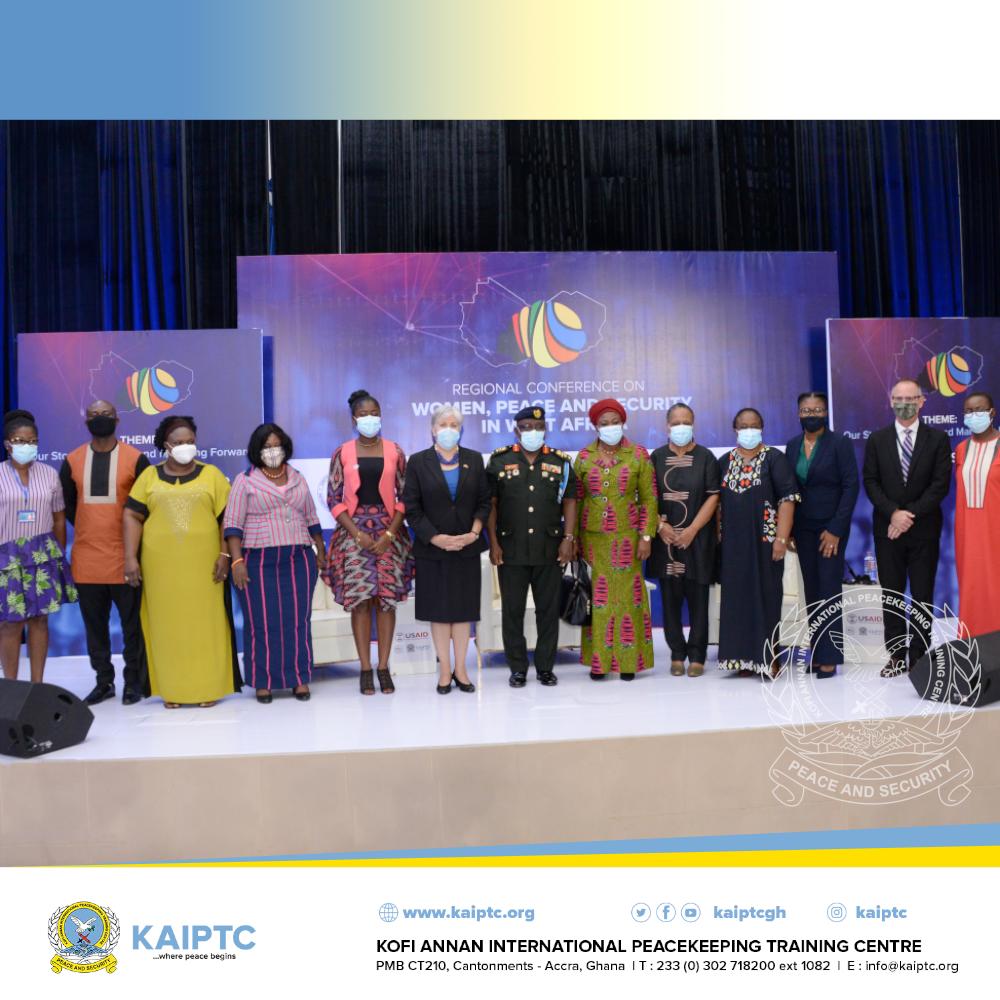 The Kofi Annan International Peacekeeping Training Centre (KAIPTC) was established to build upon and share Ghana’s internationally acclaimed experience and competence in peace operations with other states in the ECOWAS region and the rest of Africa. The Centre delivers training courses in three thematic areas: Peace Support Operations, Conflict Management and Peace and Security Studies and also offers Master’s and PhD programmes in the same. The KAIPTC has a world-class research department that undertakes research in the thematic areas in Peace and Security. The Centre has established a Women, Peace and Security Institute (WPSI) that works to build African capacity to fully implement the Maputo Protocol, and support the implementation of the UNSCR 1325 and its resolutions on women, peace and security in the context of Africa. Please visit www.kaiptc.org for more information about KAIPTC: follow us on Facebook and twitter @Kaiptcgh, or Instagram @Kaiptc.

The Partnerships for Peace (P4P) program is a USAID project that contributes to the U.S. government’s goal of reducing vulnerability to violent extremism in West Africa. The five-year program (September 2016-August 2021) is working with regional and national stakeholders in West Africa to develop a common understanding of violent extremism in the Sahel region. P4P also aims to improve the institutional capacity of organizations and governments to implement more effective and coordinated approaches to preventing violent extremism. At the regional level, the project supports the efforts of the G5 Sahel to assist their member states in developing effective and sustainable policies to counter violent extremism. At the national level, P4P assists governments in developing national level CVE strategies and action plans to mitigate the threat of violent extremism in their communities. Finally, the program seeks to support networks of civil society groups to improve coordination between stakeholders and enable a more streamlined approach to CVE. At this stage, the project covers Burkina Faso, Chad, Niger, Mauritania, and the G5 Sahel Executive Secretariat.