The engagements, he said, must focus on enhancing the implementation of the HDP Nexus and MHPSS concepts in peacekeeping missions to respond to the changing nature of conflicts. Maj Gen Ofori made the call when he addressed participants at a hybrid workshop on “Emerging dynamics in peace operations in Africa” in Addis Ababa, Ethiopia on Tuesday, September 7, 2021.

Organised by the KAIPTC in collaboration with the German Development Agency (GIZ), and the Institute for Peace and Security Studies (IPSS), the workshop discussed emerging issues in peace operations as well as proposed measures to strengthen Africa’s security architecture.

The HDP Nexus, introduced in the context of the 2016 World Humanitarian Summit, is a new way of working that provides a pathway to bridge the gaps between the humanitarian, development and peace sectors.

The MHPSS, on the other hand, seeks to address fundamental individual and collective well-being factors essential to the overall initiation, development, maintenance and sustenance of a peace culture. While acknowledging the seeming changes in peacekeeping operations over the period, Maj Gen Ofori noted that the HDP Nexus and the MHPSS had been developed to ensure effective peacekeeping missions.

Making reference to the maiden edition of KAIPTC’s Kofi Annan Peace and Security (KAPS) Forum in September 2019, he said the event highlighted the glaring lack of linkages between various actors working in fragile countries where there were large-scale peace missions.

“This clearly amplifies the existing concern that several actors in the humanitarian, development and peace sectors work in distinct and silo approach that fails to provide a holistic and durable solution in countries facing complex crises.”

Maj Gen Ofori further indicated that KAIPTC as part of its training processes attached a lot of importance to the HDP Nexus and the MHPSS to peacekeeping and had incorporated them into its training portfolio.

“The KAIPTC believes that beyond incorporating these two new approaches into its trainings, there is the need for a broader stakeholder conversation which focuses on enhancing the implementation of the HDP and MHPSS concepts with the context of peacekeeping,” he said.

The Special Representative of the United Nation Secretary-General to the African Union and Head of the UN Office to the African Union, H.E Hanna Tetteh expressed concern that over the years, response to conflicts, including peace operations and peace-building, had been largely focused on crisis management; reacting to events rather than addressing the root causes.

“These responses were focused on security and the provision of aid, often not in tandem with each other. They were costly and not sustainable in the long-term, as well as ad hoc and incoherent in efforts towards institution-building and development,” she said.

H.E. Tetteh also emphasised the need to take stock and review the way in which peace operations are constructed, mandated and operating, as well as the interactions and coordination between the peace and security, development and humanitarian pillars.

The Deputy Permanent Representative of the Federal Republic of Germany to Ethiopia, Mr. Heiko Nitzsckhke expressed worry that mental health and psychological needs of personnel deployed for peacekeeping operations had not been given the needed attention, and stressed the need to recognise the particular needs of mission personnel before, during and after deployment

“That is why Germany supports various projects focusing on mental health and psychological support with the aim of ensuring individual and collective wellbeing,” he said.

“In post-conflict environments, development, humanitarian and peace activities are often undertaken by different actors who need to take account of each other’s actions – and possibly collaborate – to ensure efficient and effective delivery since each of these activities have impact on each other,” he said.

The Chief of the Policy Development Unit, Peace Support Operations Division of the African Union, Mr Zinurine Alghali called for the continuous enhancement of the strategic partnership between the AU and the UN to ensure a comprehensive approach to its joint work and efforts.

“It is only through such enhanced cooperation that the AU and UN can ensure all our efforts are also aligned and integrated with the work of humanitarian and development agencies and partners for more sustainable solutions,” he said. 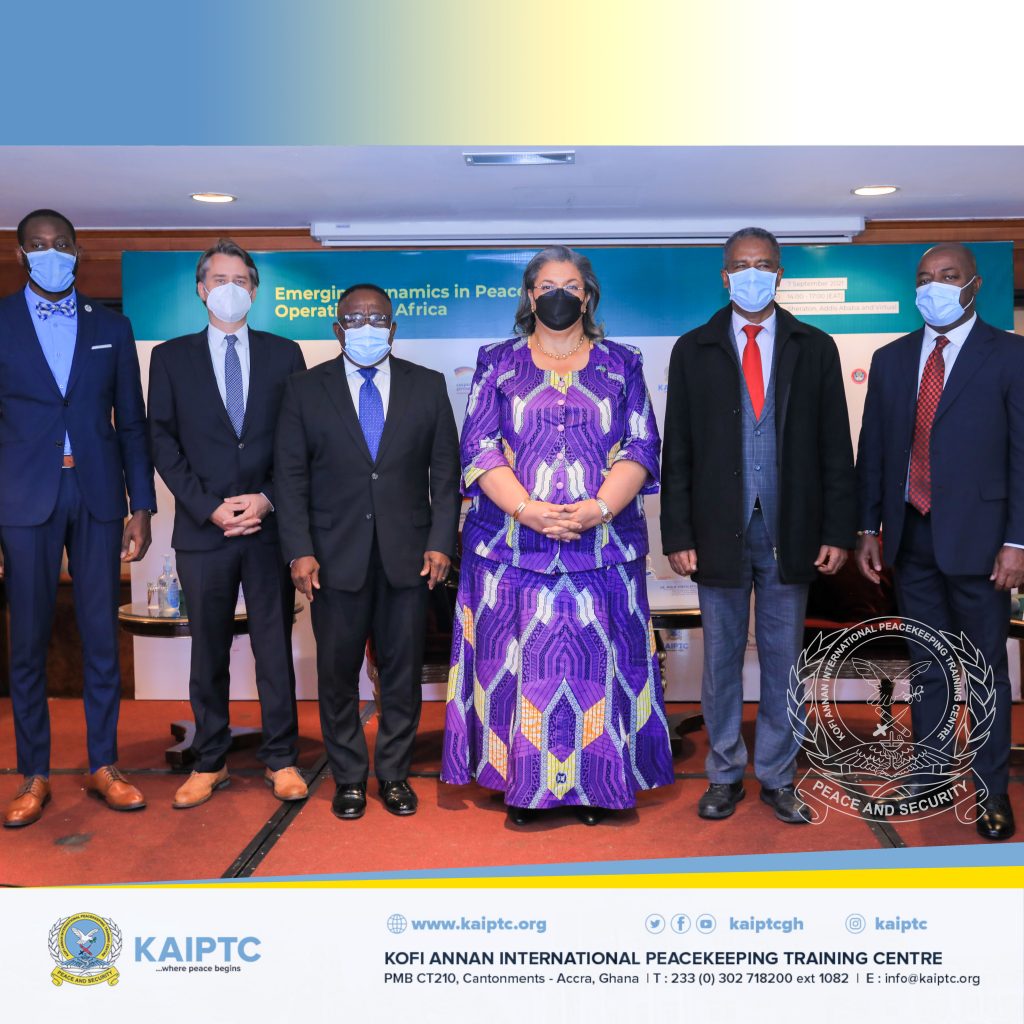