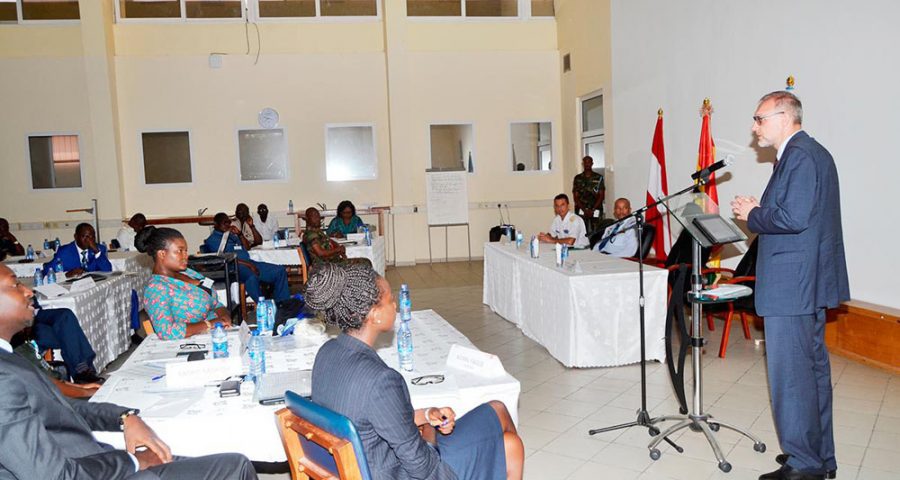 The Kofi Annan International Peacekeeping Training Centre (KAIPTC) has partnered the Austrian Federal Ministry of Defense and Sports to develop the first-ever Political Advisor Course for Peace Support Operations in Africa. This course comes to critically fill a need and void in grooming Political Advisors who play a very critical role in providing leadership support for Commanders of Military Operations and Heads of Missions in Africa.

The surge in international efforts to end civil wars, stabilize fragile state, and rebuild war-torn societies in West Africa and the African Continent as a whole, has seen more than 100,00 military and civilian peacekeepers deployed in some Africa-led/international missions and operations in Africa. The mandate of the Commanders/Heads of Missions of Operations is continuously evolving in complexity, given the political and security environment in the African regions where they operate. The milieu in these regions make it challenging for them to assess, monitor and analyze the impact and the political consequences of their actions. Also, due to the many different tasks these heads of missions and commanders have to perform, they often cannot be aware of the full spectrum of developments from the strategic and international levels to domestic and regional situations. Evidently, these challenges do have an influence on the success of a mission/operation.

Within this context, the role of the political advisor is key in undertaking proper analyses of developments, trends and emerging issues in the country or region and making recommendations to Commanders of Military Operations and Heads of Missions, on possible policies, strategies and other measures to address issues of concern.

The two-week course, among others, will train Political Advisors for the African Union and ECOWAS military operations or missions; it will provide participants with the skills to collect, analyze, report, brief and advice on developments concerning the area of operation/mission.  The Commandant of KAIPTC, AVM Evans expressed gratitude to the Austrian Federal Ministry of Defense and Sports for contributing to cover the cost of the course, and for the initiative to bring this course to KAIPTC.

Upon completion of the course, participants are expected to understand and appreciate the complexity and sensitivity of the multidimensional role of a Political Advisor. It will also equip them to undertake tasks and responsibilities at the operational and strategic levels, and highlight the roles and interactions between various actors in the direct and indirect mission environment.

The course will be delivered through a combination of lectures, case studies, group discussions/exercises, presentations, and debates. The target group comprise Senior Civilian and Military Personnel who either are already in an advisory position or are likely to become Political Advisors in the coming years.