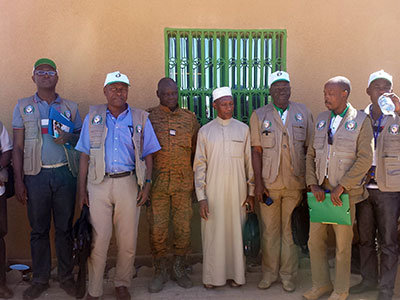 Course Fee: Feeding and accommodation will be provided at the Centre for the duration of the programme.

These seeming success stories notwithstanding, concerns and questions continue to linger over the integrity of the conduct of democratic elections on the continent. The fact that opposition parties in many countries having cause to dispute results, questioning the credibility and fairness of the process suggests that work still remains to be done in ‘perfecting’ the democratic enterprise in much of Africa.

The overarching goal of the programme is to enhance the knowledge and technical capacity of experts in election observation in West Africa in particular and elsewhere on the continent as a whole. The objective is to facilitate an increase in the contribution of experts to ECOWAS’ efforts at preventing election-related conflict/violence and to help further democracy in the region.

The course targets a broad range of electoral actors, including Civil Society Organizations, election management bodies, and RECs within Africa, but applications from outside the region are also welcomed and women are strongly encouraged to apply.

This is a bi-lingual course with simultaneous English/French translation.

This course is designed as a capacity building opportunity to help enhance the contribution of experts to peace operations within West Africa and elsewhere in the region. It will provide participants with the tools and skills necessary to help enhance the integrity and credibility of elections and reduce the potential for election-related violence.

The course covers a total of six (6) modules consisting of seventeen topics and a simulation exercise. They are as follows.

The modules present the significance of election observation groups – both international and domestic- and the distinct role they play in promoting fair, transparent and peaceful elections.

A selection team will pick prospective applicants who are Africans; non-Africans working in African missions; have a college degree or related work experience in elections. Women are strongly recommended to apply. Interested applicants are kindly requested to click on the “How to Apply” button in order to fill and submit the online application form. Interested applicants should submit their applications not later than Friday November 30, 2022.