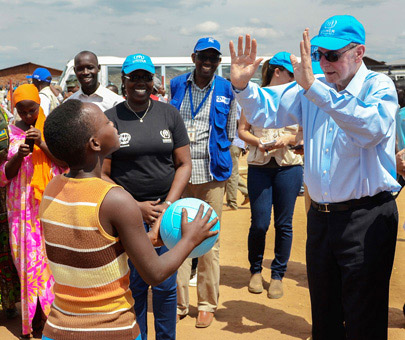 Since the end of the Cold War, Africa has experienced various forms of armed conflicts, which have claimed millions of lives and displaced many others either as refugees or internally displaced persons.  Some of these conflicts have led to the collapse of state and societal structures and the proliferation of small arms and light weapons amongst others. Although efforts are being made at the levels of the African Union (AU) Commission and Regional Economic Communities/Regional Mechanisms to respond to conflict situations, much remains to be done to ensure that appropriate conditions are created to make the recurrence of such conflicts difficult, if not impossible.  In many countries across the continent, the conditions that lead to violent conflict are prevalent.  This partly explains why most people believe that military interventions and election related conflicts ought to have been confined to history globally, Africa still faces such threats.  The experiences in some African countries underscore the stark conflict realities on the continent.  Indications are that there are some countries in Africa where potentials for similar kinds of conflict are rife.

As a contribution to the conflict prevention efforts of the AU and ECOWAS in particular, KAIPTC will run the Conflict Prevention Course from 5 – 16 July 2021.  The core elements of the training will be drawn from the Conflict Prevention Resource Pack for Civilian Actors which was developed through a collaboration between KAIPTC and the West Africa Civil Society Institute (WACSI) with the support of the German Technical Cooperation (GIZ), as a comprehensive civilian-driven operational strategy for conflict prevention and peacebuilding for West Africa in support of the ECOWAS Conflict Prevention Framework (ECPF).

The overall aim of the course is to provide knowledge and expertise on conflict prevention through an understanding and explanation of the factors that cause and trigger conflicts.  Hence, the course will contribute to the implementation of the ECPF and the African Peace and Security Architecture (APSA)

This course puts the work of conflict prevention experts in context by offering an enhanced explanation of specific methods and techniques applied in preventing conflict.  The course content is in three modules covering seventeen lessons.  There will be an exercise at the end of the course to consolidate on the modules/lessons covered during the course.

The course will target a mixed group of practitioners in the field and those who are looking forward to be inserted in an operational theatre.  In view of the two-sided approach to the course, priority will be given to personnel working with communities on the frontlines, Non-Governmental Organizations and multilateral organizations in ECOWAS member states.  The selection process will also strive to include personnel from the ECOWAS Standby Force (ESF), AU Commissions and United Nations.  Selection will as much as possible strive to achieve gender balance.

The Collaborative Problem Based Learning approach will be used in the delivery of the course hence course participants will play active role under the guidance of experienced team of facilitators.  The course content will thus be delivered using a combination of tools such as lectures, case studies, small group works, brainstorming and exercises.

The selection process will involve submission of bio-data through the KAIPTC application portal after which applicants will be screened and shortlisted.