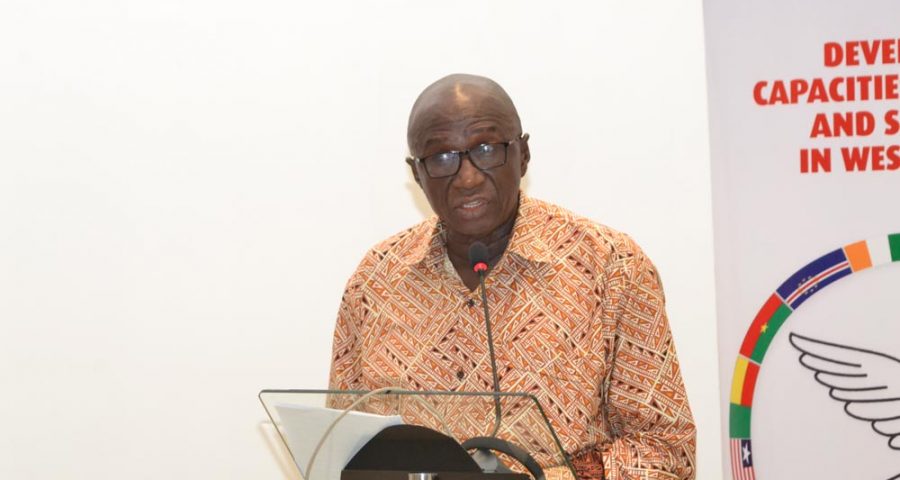 Accra, December 11, 2017: Extremism and terrorism are regarded as twin security threats facing West Africa today. The sub-region’s vulnerabilities to these threats are due to several factors, some of which include tribal conflict, porous borders, weak state institutions, widespread corruption, poverty and mass unemployment, spread of Small Arms and Light Weapons, farmer-grazers land conflict, and ethnic tensions.

The emergence and continuous mutations of extremist and terrorist groups are posing existential threats to peace and security. Speaking at the opening of a two week course on “Preventing and Countering Violent Extremism” at the Kofi Annan International Peacekeeping Training Centre (KAIPTC), the Minister of Interior, Hon. Ambrose Dery, reiterated that violent extremism and terrorism is a security and developmental threat to the entire sub-region. He recalled two countries namely; Somalia and Nigeria who have been subject to extremist attacks, as have other countries like Egypt, Libya, Mali, Cameroon, Cote D’Ivoire in recent times. He commended KAIPTC for rolling out the course, noting that this ‘initiative is therefore timely and deserves great commendation by all’.

The Commandant of Air Vice Marshal Griffiths Evans of KAIPTC, in his welcome address revealed that, recent studies have showed that, there are more than 40 different extremist groups in Africa with the most prominent ones being Boko Haram found in Nigeria, Chad, Cameroun, and Niger and Al-Qaeda in the Islamic Maghreb mainly across Mali and the Sahel Region.

‘There is no doubt that violent extremism continues to pose daunting security challenges, not only to the United Nations Security Council, but also undermines continental, regional and national peace and security. Security mechanisms of the African Union (AU) and the Economic Community of West African States (ECOWAS) are increasingly being challenged by the threat of violent extremism.’ he said.

Miss Nana Odoi, the Programmes Manager for GIZ-KAIPTC in her opening address reiterated that poverty and the lack of opportunity endangers the youth especially, making them vulnerable to recruitment by criminal groups and terrorists.

‘The consequences of current rise of terrorism and violent extremism in Africa are detrimental to the long-term development of the continent and the lives and livelihoods of those who are affected’, she added.

She noted that coordinated and harmonized efforts to counter terrorism and violent extremism are underway among and between states, together with regional, continental and international organizations. These efforts include collaboration on border security, sharing intelligence, and the development of strategies and frameworks, such as the African Union’s Counter Terrorism Framework and the United Nations’ (UN) Global Counter-Terrorism Strategy.

The ‘Preventing and Countering Violent Extremism Course’ is developed by KAIPTC in collaboration with AU, the African Centre for the Study & Research on Terrorism and the German Government. Among others, the objectives of the course are to equip participants with the skills and knowledge to address the root causes of violent extremism, and to build the capacity of key stakeholders and actors on the continent to prevent and counter Violent Extremism in their respective regions and countries.