Government of Denmark commits to conflict prevention, peace and security in West Africa 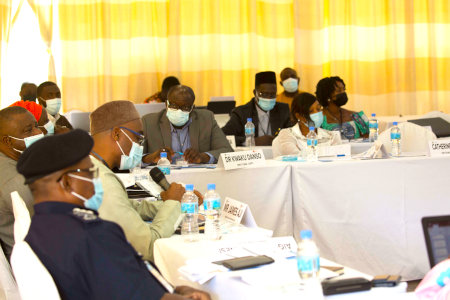 Government of Denmark commits to conflict prevention, peace and security in West Africa

7th October, 2021: At a time when the security concerns in the West African region remains a significant concern to all actors, the Government of Denmark, under the Danish development and humanitarian strategy “The World 2030”, is working with several institutions to promote the peace, stability and development in the region and beyond.

One of several important initiatives being funded by the Government of Denmark is the ‘Promoting peace and security in West Africa’ project (2021 – 2022), which is implemented by the Kofi Annan International Peacekeeping Training Centre. The project has three thematic areas; Women, peace and security, Conflict prevention and Responsibility to Protect.

Under the conflict prevention theme, KAIPTC recently held a regional policy workshop in Sierra Leone to look at best approaches to build resilient infrastructures for peace to prevent conflict in West Africa. It hosted participants from Ghana, The Gambia, Sierra Leone, Senegal, ECOWAS and CSOs in Sierra Leone.

Speaking at the workshop, the Danish Ambassador to Ghana, Liberia, Sierra Leone, Cote d’Ivoire, Guinea & Togo, H.E. Tom Norring, noted that “current developments in the ECOWAS region has only accentuated the need for greater focus on conflict prevention and peaceful solutions”. He cited increases in terrorist activities, radicalization, organized crime and violent conflicts between different populations, particularly in the Sahel, adding that the gradual spread to the West African Coastal states, highlights the truth that conflict and violence is no respecter of borders.

He further added that, given the spreading insecurities in the region, it was encouraging and promising to witness the participation of five (5) countries in the workshop, in support of the goal to implement conflict prevention structures on a national level, adding that “securing peace is highly dependent on national frameworks”.

The Ambassador affirmed his Government’s commitment to a better and balanced world, announcing that in September 2021, the ‘Danish Strategy for Development Co-operation, titled ‘The world we share’ was launched. The strategy has two overarching ambitions which guides Denmark’s engagement with the world. The first, he said ‘is to lead the fight to combat climate change and restore balance to the planet. The other is the ambition to give hope to people in need’. In doing so – giving hope to people in need – the commitment to supporting conflict prevention, peace and stabilization efforts is a key priority. Without it, he said, other efforts will be of little value. 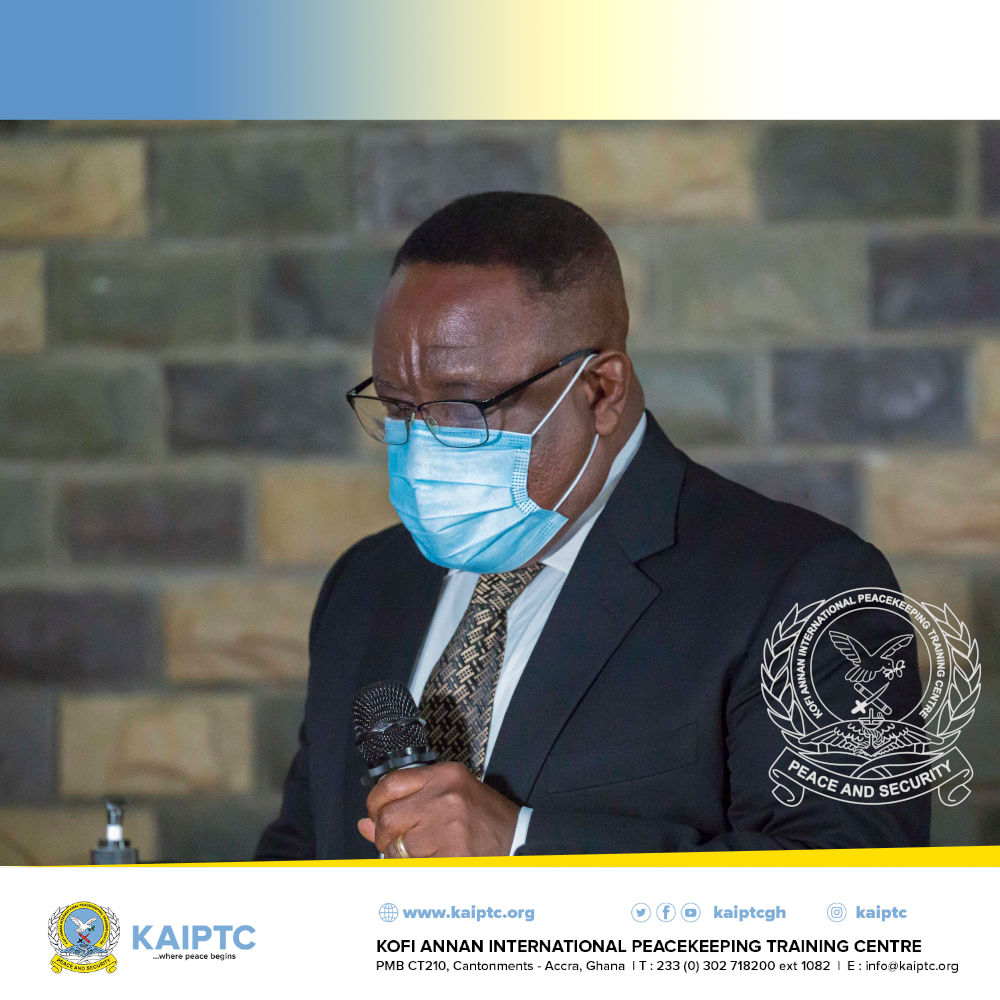 The Commandant of KAIPTC, Maj Gen Ofori, officially opened the workshop. In his remarks, he noted that, while ECOWAS had demonstrated leadership by creating the regional mechanisms for conflict prevention, member states ought to leverage these mechanisms to establish an institutionalized approach to conflict transformation and building resilience. He added that the workshop, as well the findings of the country reports generated from the four-country study conducted between March and April 2021, will contribute to inform policy on the implementation of national infrastructure for peace in the region”. Dr. Onyinye Onwuka, Head of Mediation and Coordination of Regional Political Affairs, ECOWAS Commission, in her goodwill message, noted that focus of the workshop was not only timely but apt, given the growing challenges socio-political and security environment in the region which placed on urgent demand for collective reflection on practical strategies to strengthen internal mechanisms for conflict prevention, mitigation and resolution.

Some participants shared the benefits and value they received from the workshop. Mohamed Sheik Kargbo, a Sierra Leonean and the Permanent Secretary at the Ministry of Internal Affairs noted that ‘the policy workshop is very relevant to my work as one coming from the security sector, giving the challenges to sustaining peace in my country after the civil war. The facilitators were superb. The outcomes of the workshop will definitely inform future policies and strategies in my ministry”. Ms. Salama Njie, who is the National Network Coordinator for the West Africa Network for Peacebuilding (WANEP) in The Gambia, also said; ‘indeed an excellent and well-coordinated workshop. It is also very pertinent and timely as my organization, WANEP is amongst those leading the Infrastructure for Peace (I4P) process in The Gambia. The lessons learned and networking will indeed help in shaping our own I4P. Both the facilitators and the identified themes were apt.”

Under the ongoing ‘Promoting peace and security in West Africa’ project, other workshops and engagements have been held in The Gambia and series of workshops and capacity building sessions will be held in the coming months for stakeholders in Ghana and across the sub-region. 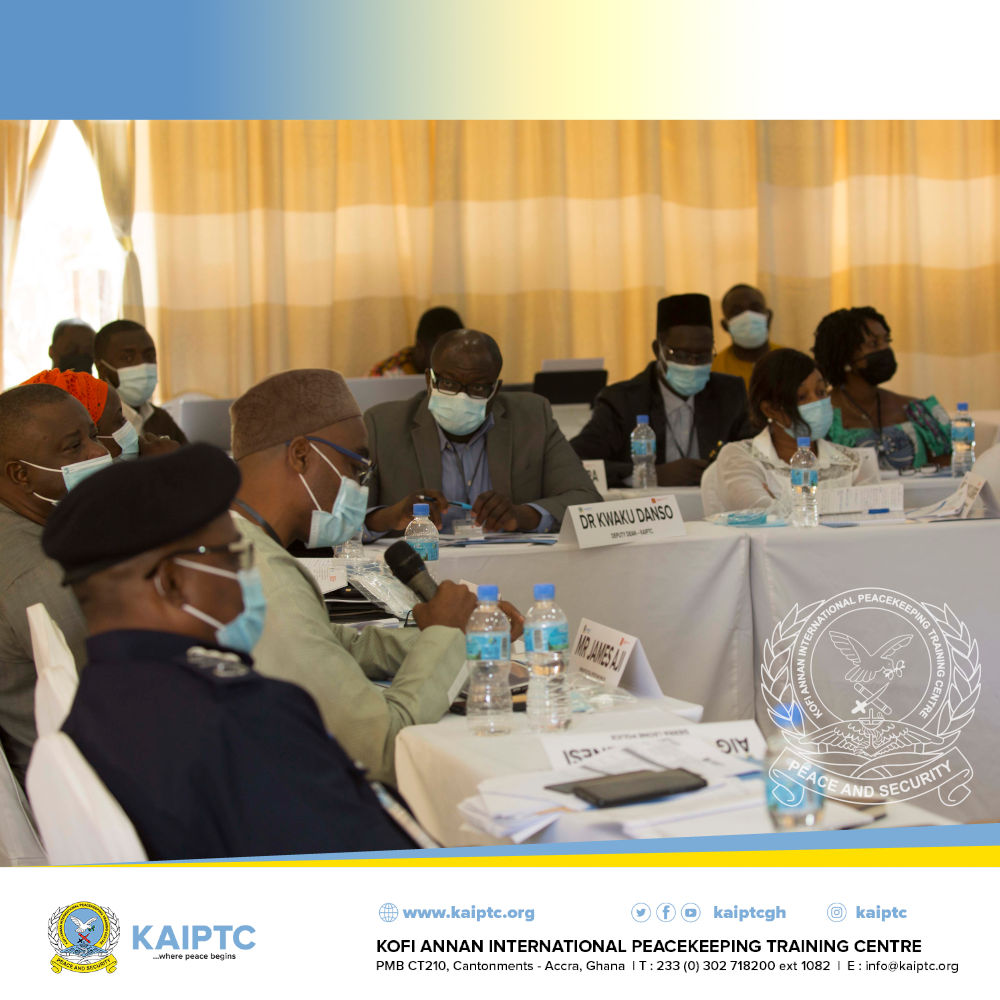