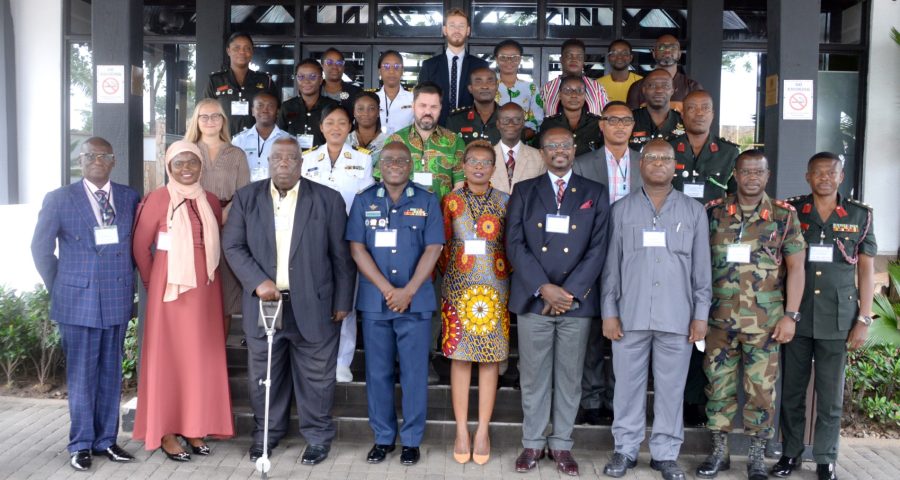 Sponsored by the Danish Ministry of Foreign Affairs, the D-SIP also seeks to demonstrate the possible correlations (both positive and negative) between global peacekeeping engagements, its impacts on legitimate security institutions and how such experiences contribute to behavioural change and become drivers of stability.

As part of the Project, the DIIS in collaboration with the KAIPTC organised a workshop in Accra from 28th to 30th June, 2022 on the topic: “Ghana’s Peacekeeping Experience: Recording History”.

The workshop provided a platform for participants – mainly former and current peacekeepers – to share their peacekeeping experiences to contribute to enhancing the understanding of peacekeeping in the public domain.

The three-day engagement gathered varied experiences and testimonials of former and current peacekeepers and identified lessons from the perspectives of peacekeepers.

The workshop is expected to produce an original publication on aspects of Ghana’s Peacekeeping History.

He said the Project would help to understand Ghana’s role in peacekeeping and the impact of those operations on the country in various dimensions.

“It is important to understand what peacekeeping does to the people that are going and also to the institutions that are sending these security personnel,” Dr Albrecht said.

Air Commodore George Arko-Dadzie, who opened the workshop, said since the deployment of the first Ghanaian peacekeeping contingent in 1960, Ghana had progressively earned a good reputation for its participation in international peacekeeping and contributions to global peace.

He said Ghana is now the ninth largest troop contributing country (TCC) to UN missions, adding that the country has also contributed to other regional peace operations under aegis of the original sub-regional Economic Community of West African States Monitoring Group (ECOMOG).

He said peacekeeping served as a public good in terms of Ghana’s efforts to contribute to the maintenance of international peace and stability, but also as a force multiplier for domestic stability.

He said, given the increasing complexity of conflicts, operations involved in their management and resolution required the execution of an increasingly broad spectrum of tasks by the military.

He indicated however, that the use of the military in conflict resolution should be balanced and integrated with other instruments of power.

“The traditional use of military forces in the context of conflict resolution seems to be undergoing rapid evolution, where its action is developed in a much more complex environment,” he said.

He said the shift required more thinking to refine the potential for Ghana as a new and positive international actor.

“Transforming our identify from a troop contributor to a peacekeeper requires the elevation of the Ghanaian peacekeeping from the functional imperative to a cognitive orientation that provides an intellectual contextual framework for shaping our elite perceptions and policies around conflict, peace and security,” he said.