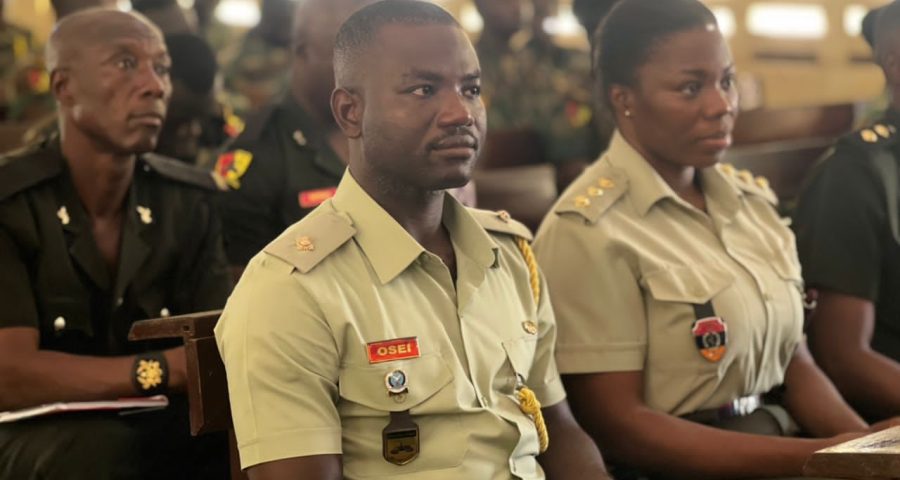 Accra Ghana: As part of a project aimed at addressing barriers to women in peacekeeping, a team from the Kofi Annan International Peacekeeping Training Centre (KAIPTC), Ghana Armed Forces (GAF), Global Affairs Canada, and the Canadian Armed Forces have visited the 3 Garrison in Sunyani to engage and train the personnel on gender mainstreaming. 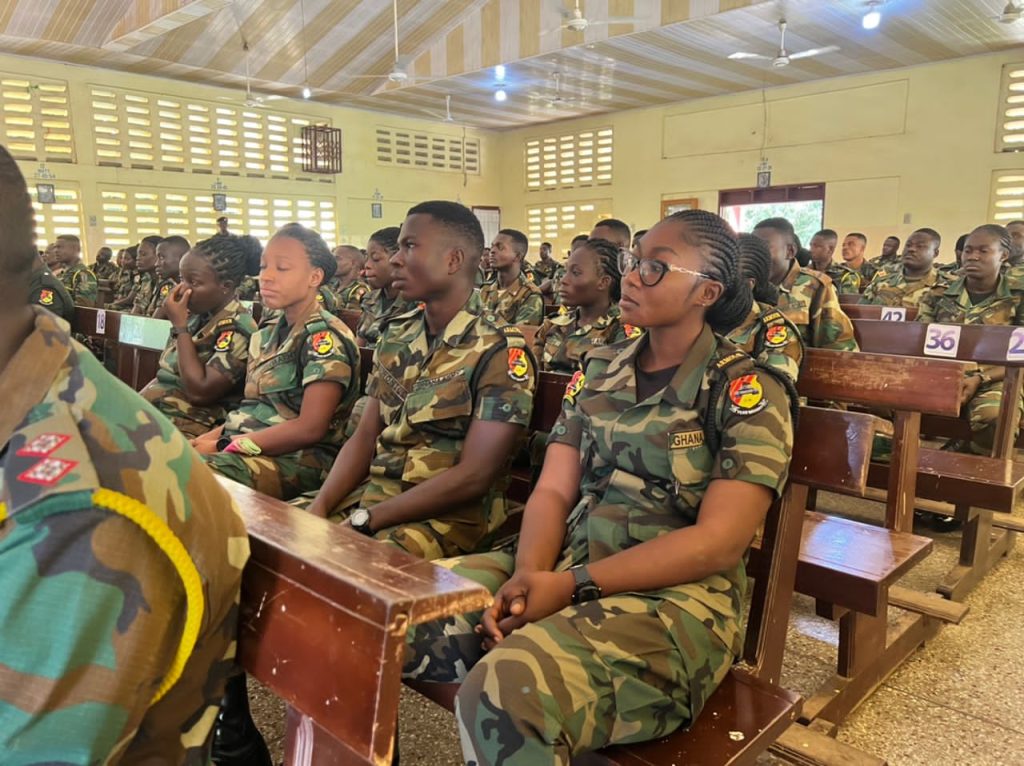 The team arrived at the Sunyani Garrison on Monday, October 26, 2022 and were received by Lt Col Kofi Obiri-Yeboah, Commanding Officer, 154 Armoured Regiment.

The purpose of the Garrison tour was to sensitize personnel on Women, Peace and Security mechanisms in the GAF. The personnel received training on wide ranging issues including ways to successfully implement gender perspectives in military organisations; how to change military cultures that hinder the advancement of both men and women in the GAF, and the effect of personnel accession policies on gender relations. Alongside the training, staff of KAIPTC collected data to establish a baseline for the project and use same to inform the development of a comprehensive gender policy for the GAF.  The tour in Sunyani is the first in a series, with subsequent ones scheduled for other Garrisons in the coming weeks.

The Project, dubbed: “Enhancing Ghana Armed Forces (GAF) capabilities to address barriers to Women in Peacekeeping” is being funded by Global Affairs Canada to enhance GAF’s capacity to address barriers faced by women seeking deployment to UN peace operations and advance gender equality within the Armed forces. It comes on the back of the recommendations of the 2020 Measuring Opportunities for Women in Peace Operations (MOWIP) Report, which identified eligible pool, gender roles, and social exclusion as top barriers to women’s meaningful participation in UN peace operations.

The GAF was the first military institutions in the world to complete a MOWIP assessment as part of the development of this ground-breaking, comprehensive methodology for the Elsie Initiative for Women in Peace Operations. 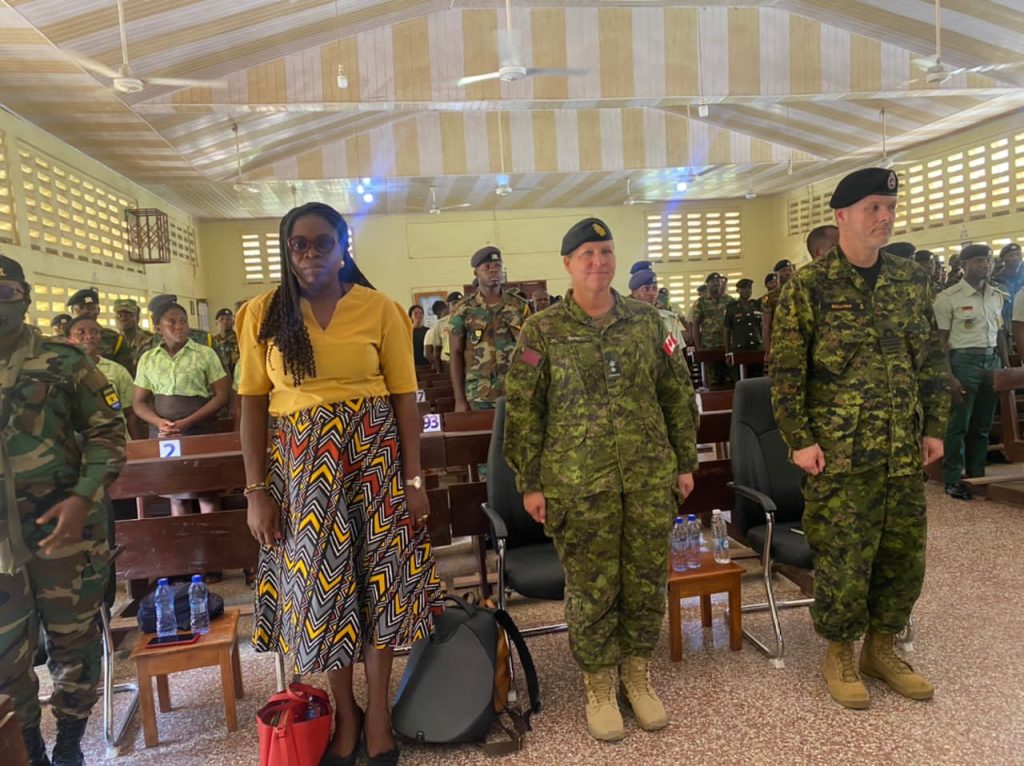 The KAIPTC, which undertook the data collection for the GAF’s Measuring Opportunities for Women in Peace Operations (MOWIP), is implementing the new project to support GAF in implementing the report’s recommendations.

Mrs. Agnes Agbevadi, Acting Head of Women Peace and Security, KAIPTC, said: “Our visit to the Garrison today is in response to outcome of the barrier assessment that was conducted in 2019. This project is dear to the KAIPTC and will enhance the capacity of the GAF to address barriers to women in peacekeeping.”

Group Naval Captain Veronica Arhin, the Gender Policy Adviser to the Chief of the Defence Staff, said: “The Armed Forces would benefit from the Project because at the end of the day, both men and women of the GAF would have been properly trained, given equal opportunities on peacekeeping, and internal operations.” 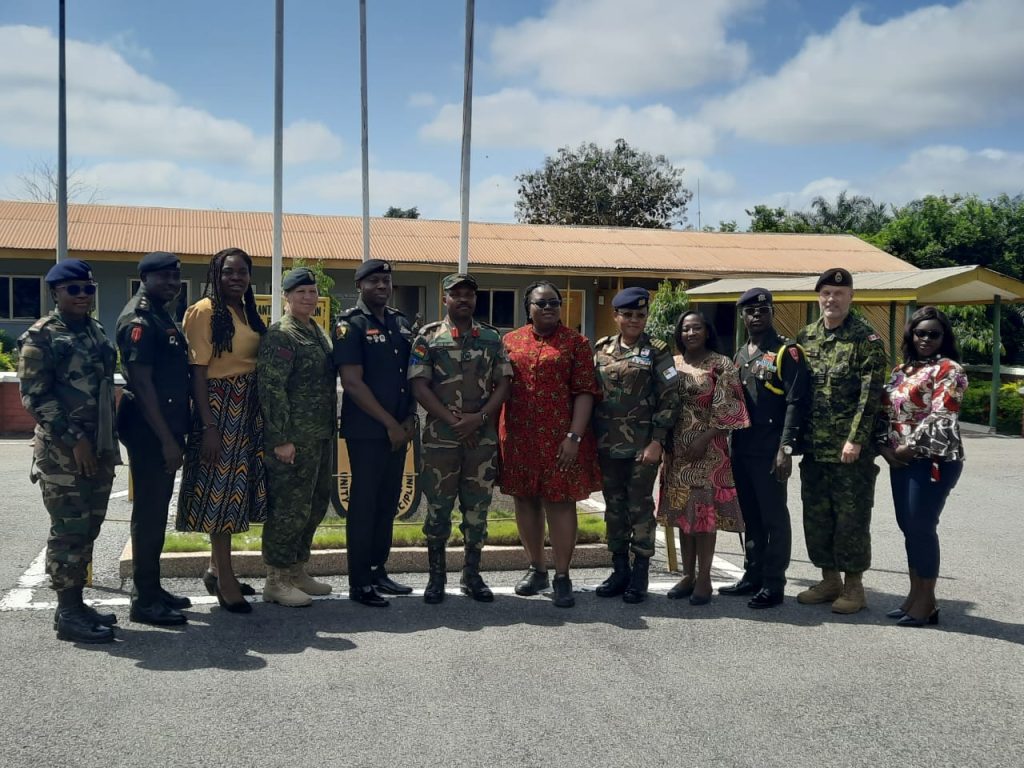 Col William Abotsi, GAF Project Coordinator, PoC for GAF, Elsie Initiative for Women in Peace Operations, noted that the outreach programme seeks to “create awareness on the need to change attitudes to address issues of social exclusion and gender bias.”

Other activities earmarked for the project include the development of four (4) packages of standardised gender training and an online course for Gender Advisors/Focal Points, with the goal of strengthening their capacities to fulfil their mandate within the GAF. The project will also provide the GAF with a software for its operational database to monitor deployments, in pursuit of the goal of the project to address the barriers women encounter in peacekeeping, and ultimately increase their numbers in peacekeeping missions.